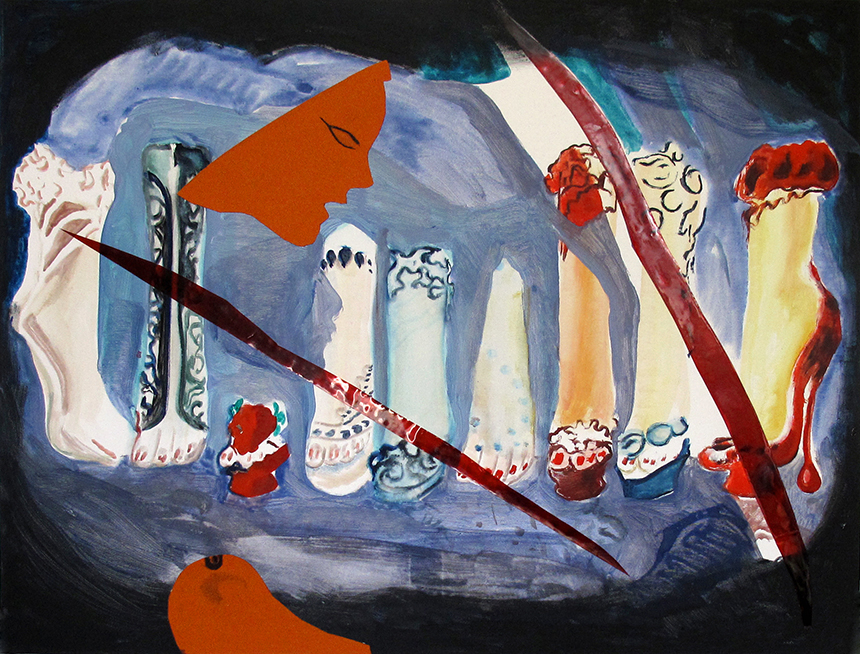 “No painting can exist without the tension of what it figures and what it concretely consists of. The pleasure of what it could mean and the pain of what it’s not.” – Marlene Dumas

The great Internet once told me that the only difference between pornography and erotica is the lighting. As a painter, this simple subtlety quickly becomes a vast playground. Can a shift in environment dislodge the focus away from the painted subject and instead generate a sense of self-awareness, thus moving the piece away from mere analysis?

ONLY POSERS FALL IN LOVE creates a platform for rupture in the power play between viewer and image. The show aims to provoke a direct encounter with each canvas, bringing the viewer face-to-face not only with the portrayed subject, but also outdated societal norms and conceptions of sexuality.

For this show, I’ve depicted veil-layered portraits of nudes behind window blind-like patterns, transforming the seemingly innocent viewer into a voyeuristic Peeping-Tom.

The women behind the blinds sensually invite the viewer in, while simultaneously, perhaps violently, forces the voyeur (you) to take part in a neosurreal fantasy.Swept into the painting off-guard, the spectator becomes suddenly aware of his or her physical, mental, and moral state. The voyeur has been caught watching, and in this flash of self-consciousness, strips the spectator of power.

“If nothing happens when looking at a naked body, you might need to talk to someone about feelings.” 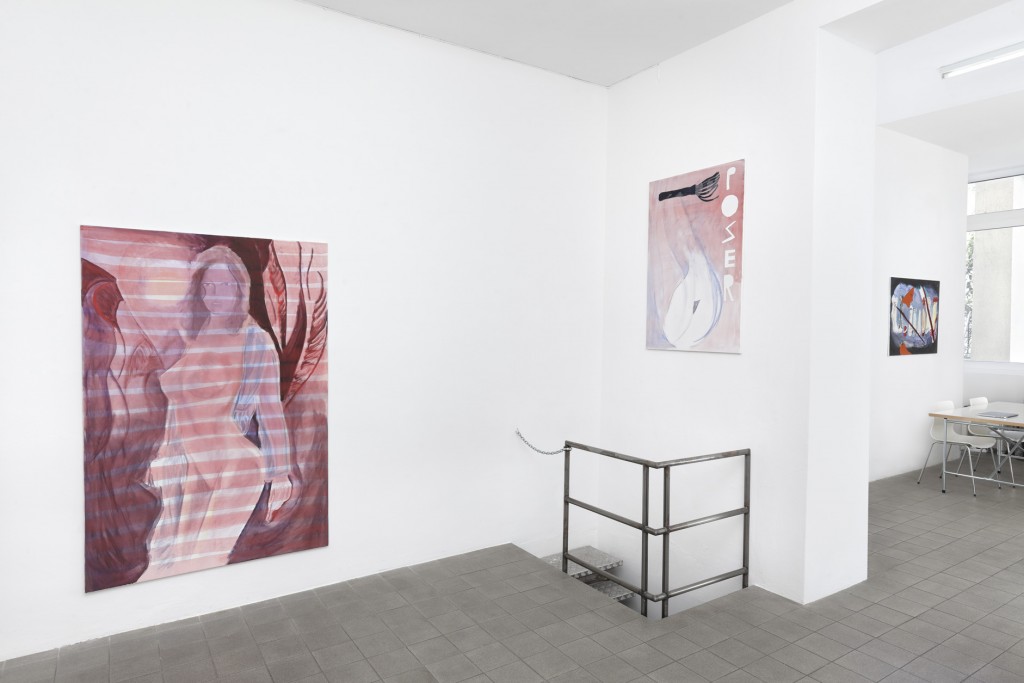 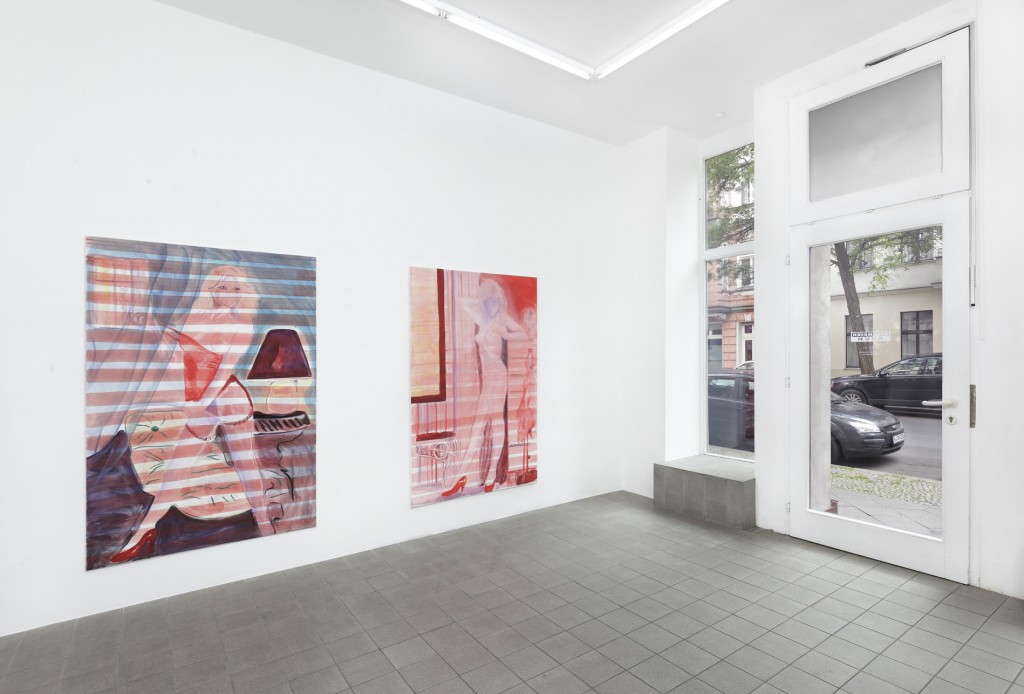 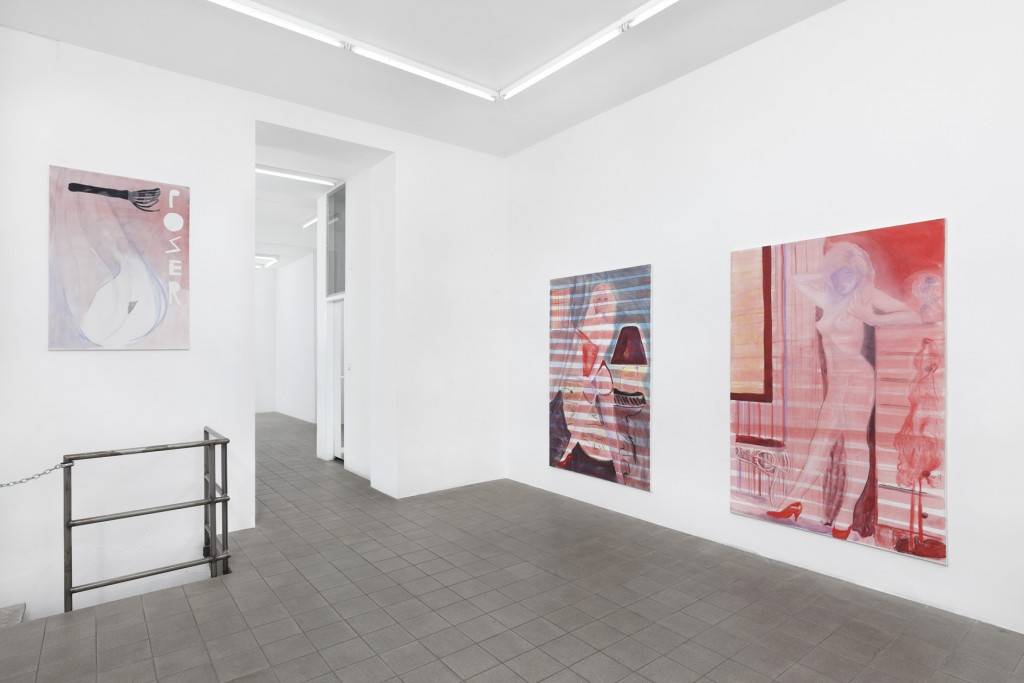 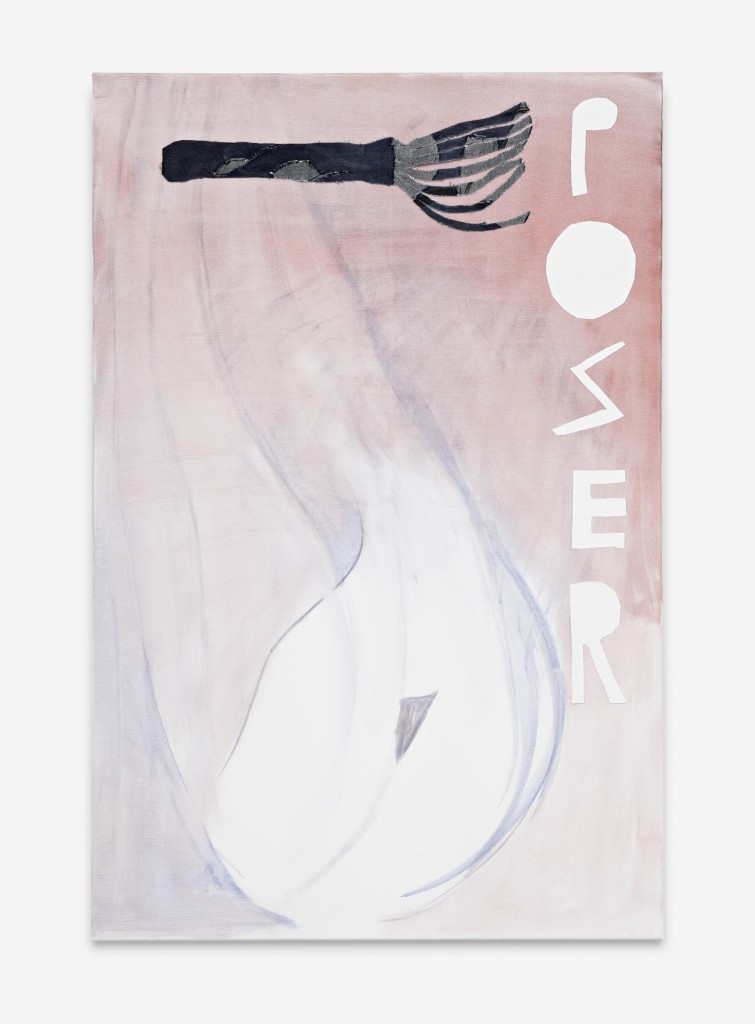 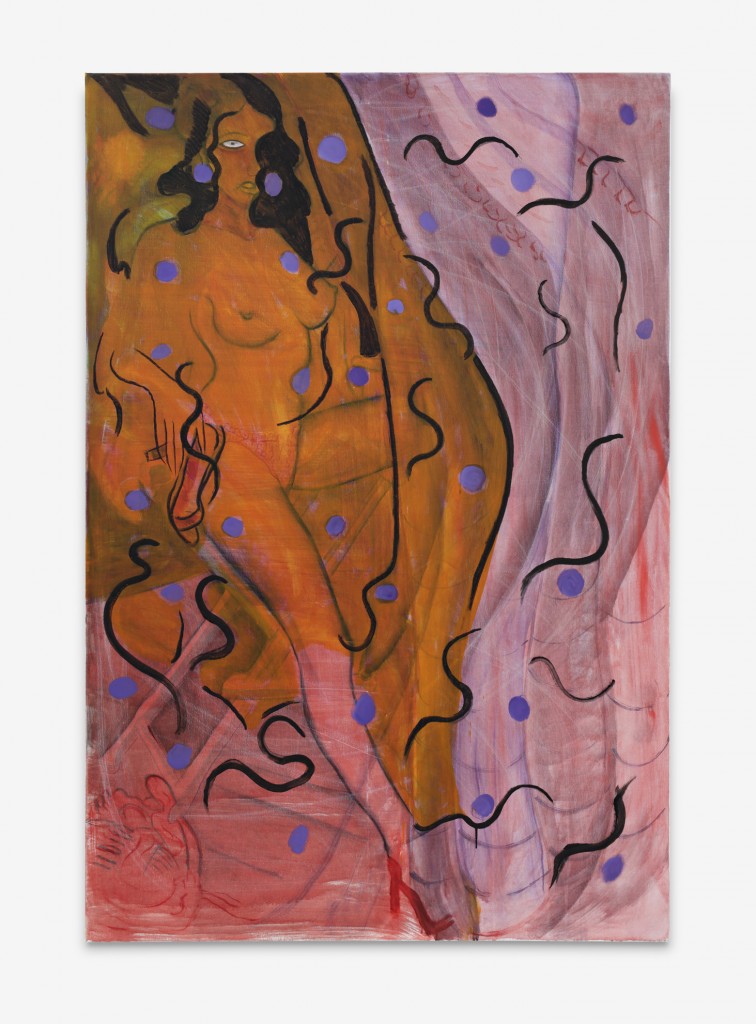 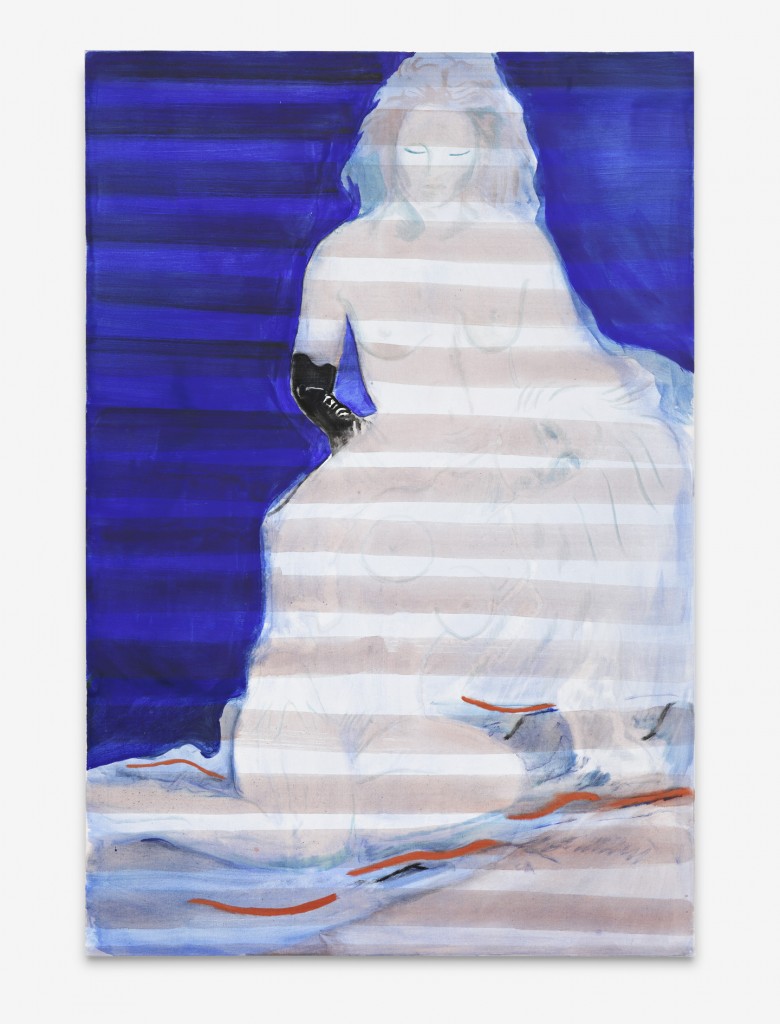 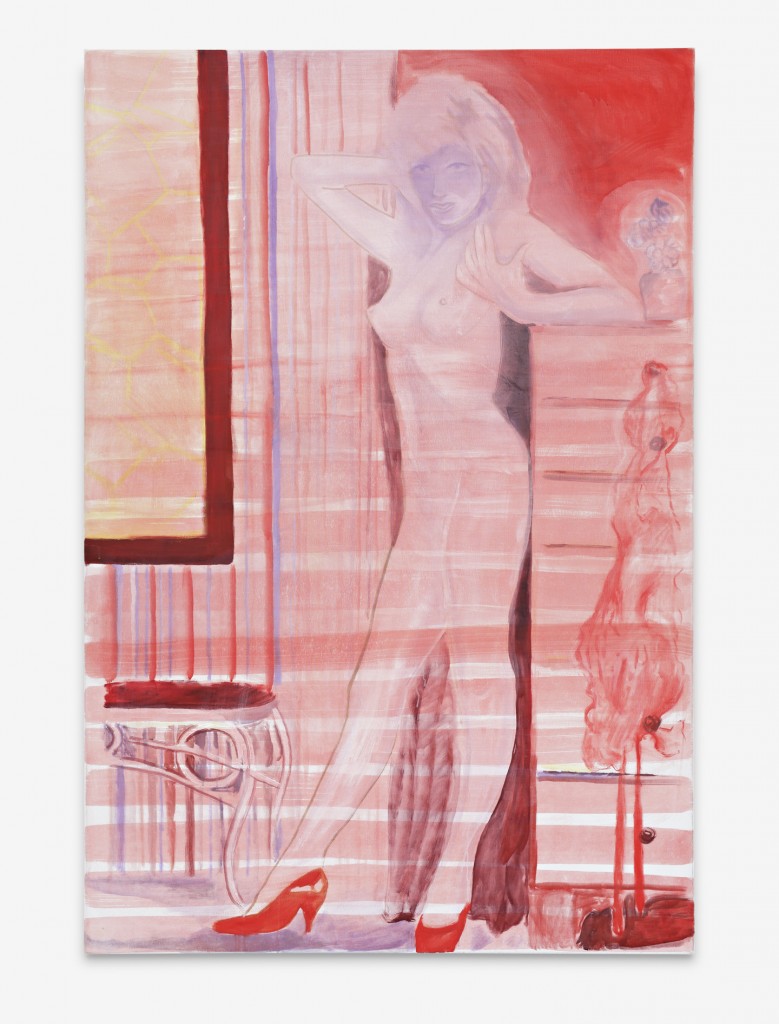 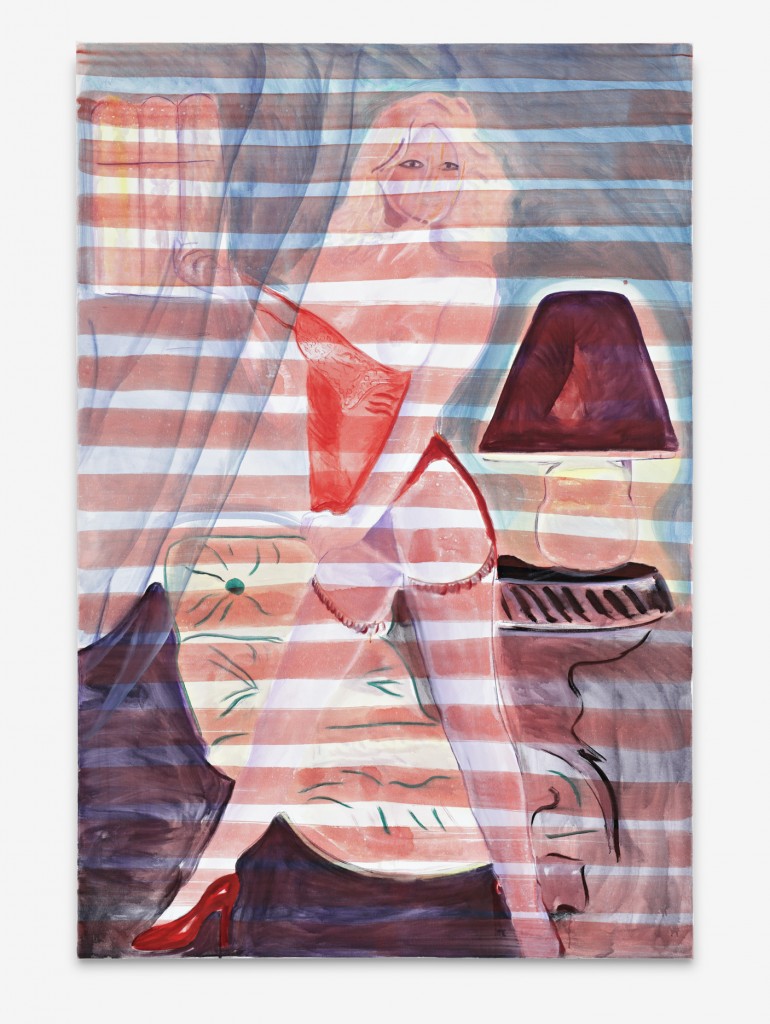 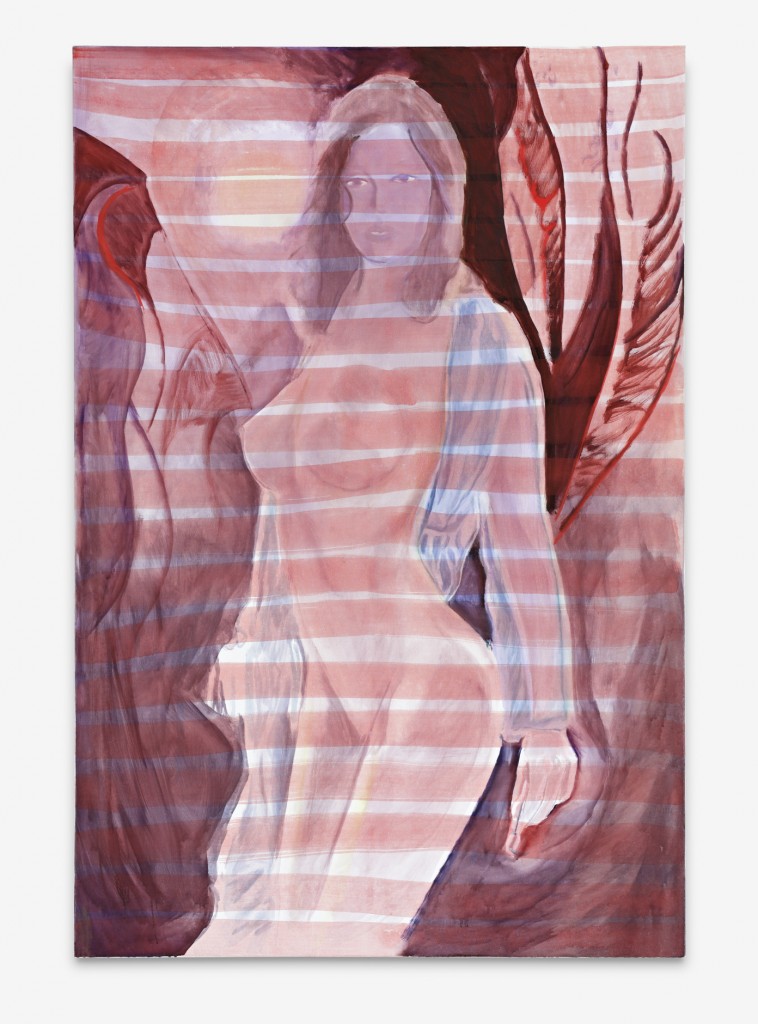 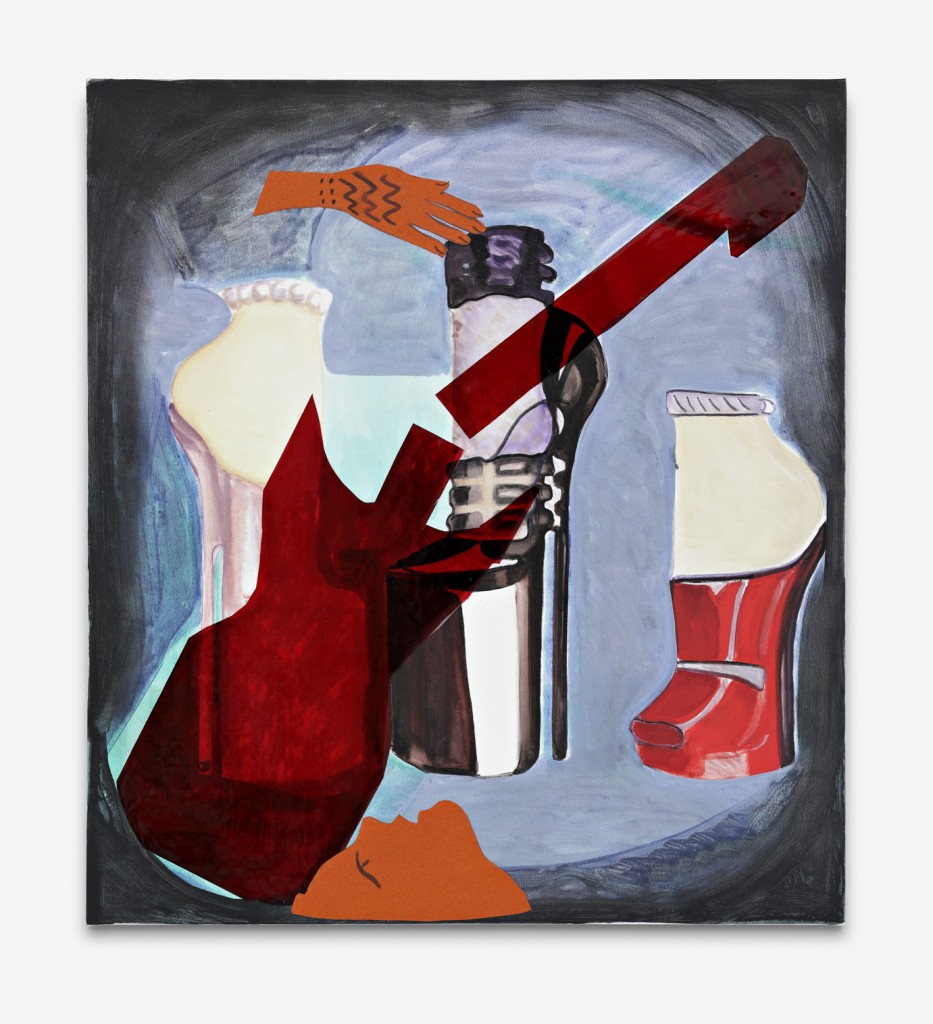